Today I very grumpily did Exercise Set for Circulation, (photos 22-24) and just now realized I actually didn't finish it because I didn't see the last page! Who could miss a mantra, 'Oh, that mean, mean man'! Such crazy sets, yet they are very good physically and make you laugh, so that's healthy.

Guess I'll have to do the whole set again tomorrow so that I can finish it properly. :)

If you do any of these exercises, be sure to tune in first with the mantra, Ong Namo Guru Dev Namo (I bow to the creative energy of the universe; I bow to the divine teacher within). Here's a short video clip that you can use (it's had 75,000 views, so clearly is quite popular): http://youtu.be/-JSpz9dO5zk. After doing the set, lie on your back relaxing your body and mind and dream of beautiful healing happenings. To finish, sit in easy pose, with a straight spine, chant a long Sat Nam: on Sat, imagine the Kundalini energy rising up your spine, and on Nam radiating out of your Sahasrara or Crown Chakra.

I am a Certified Kundalini Yoga instructor, and taught up to 3 classes a week from 1995-2003. If you'd like to try the sets here, I recommend you take a few Kundalini Yoga classes in your area to understand the basics of this yoga practice. If that's not possible, leave a comment and we'll try to work through any difficulties with the exercises.

The album of the scans of the yoga manual I am working through is not public, but unlisted and only findable with the link.

Exercise Set for Lungs and Bloodstream; Yoga set for the Kidneys.

Because I'm working through some personal challenges, and chose a very difficult meditation to do every day (that I'll post that another time) to aid me in my quest, I realized I needed to first do a yoga set to prepare myself.

On my shelf of Kundalini Yoga sets and texts, I found an old manual from circa (!) 1983, when Yogi Bhajan was still teaching what I like to call 'Kundalini Boot Camp.' (By the 2000s, the sets were much more subtle and heart-centred.)

These sets are hard work, and yet they work in the ways claimed. I began the manual's sets a few days ago, so am posting what I did today, and will continue as I go.

Today I began with a difficult lung cleansing, holding the breath and pumping the spine back and forth while the arms and hands are locked on the knees. I was sweating by the end of it!

I followed that with the set for the kidneys included below. While I do the meditations and exercises, like the Exercise Set for the Lungs and Bloodstream, for 11 minutes, I only do half time on the yoga set. It would take far too long otherwise! So when it says, lift your torso up and down for 8 minutes, I only do it for four. Balancing in Crow Pose for one minute becomes 30 seconds, and so on. This is permissible, as long as you do half time on every exercise - they are all balanced to work together.

During the years that I actively taught Kundalini Yoga, from 1995-2003, following the sets carefully, and not pushing yourself too much and stopping if it hurts, no-one ever had a 'bad' Kundalini experience. The classes are carefully balanced with meditations, breath work, mantras and yoga sets. Kundalini Yoga is an empowering form of physical and emotional and spiritual exercise that leaves you glowing more brightly than before you began the session. As with any intense work, transformations occur, energies shift, awakenings come about.

While my aim was to post these sets in a closed Google+ circle, and I may figure out how to do that yet, the logistics of posting the scans of the pages without opening the whole album until I've finished the sets, day by day, about 20 perhaps (some are short, like today's exercise, after which the kriya or yoga set is done), is a bit beyond me.

So this will suffice, for the first day of sharing.

There's also a video to show how to tune in with the mantra, Ong Namo Guru Dev Namo, which is Gurmukhī; the English translation is I bow to the Creative Energy of the Universe; I bow to the Divine Teacher Within. Make sure you tune in before trying anything, and do the exercises slowly if you've not tried this yoga before. Better still, take some 3H0 Kundalini Yoga classes, they're offered all over the world (it's originally a Sikh yoga, very powerful), so you can understand the way the exercises are done, and the breath work that accompanies them. 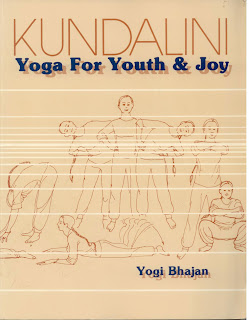 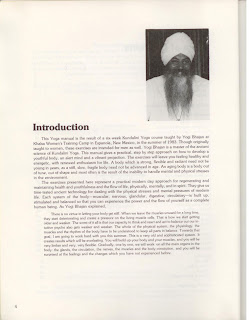 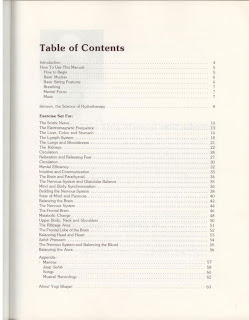 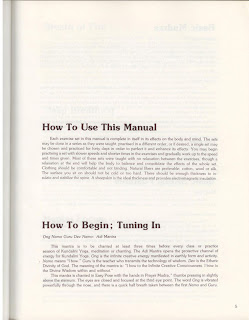 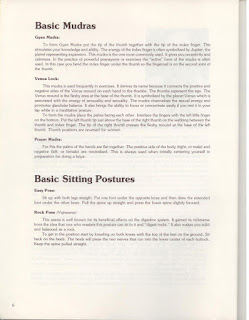 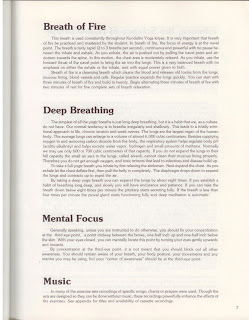 Tuning in before you begin a Kundalini Yoga set is important. I found this short video to explain the way we tune in with a mantra repeated three times. 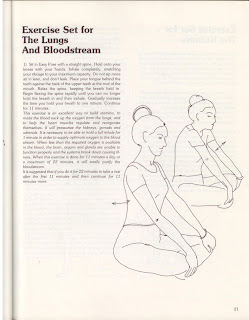 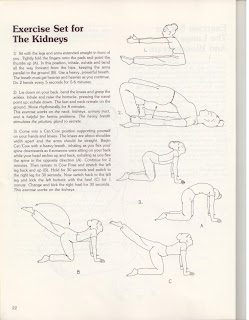 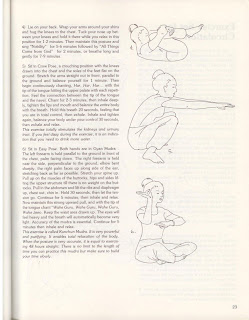 This little clip was, oh, enticing. It was among other footage I shot of the August full moon, and I couldn't resist a little video.

The story is mine, from a novella I wrote in 2008 (my only hot novella -everyone should write one). The characters in this scene are Moedello and Orsola.

The Rumi lines shown at the beginning are from his poem, The Privileged Lovers (source? whose translation? unable to find, you know the NET).

I recorded this quite a few times over an evening and the next morning, and edited the passage a little in that process. I ended up going with the very first reading, wouldn't you know, how it is sometimes, so I don't have the exact version I read.

She seemed not to particularly notice him. She smiled brightly when he passed by and said, "How're you today, my good man?" The pleasantries she offered were the same she offered to everyone she encountered on her jaunts through the city where she stopped at many houses to help with chores, or simply visit.

That she did not appear to hold him in a special place in her heart tore at him in his secret hours.

He felt awkward near her youthful beauty. She was like Graeco-Roman statuary, her proportions perfect, her beauty gracious and uplifting.

She has charisma, he thought. I'm simply one of the smitten.

When she walked through the city, her hips swayed from side to side like a temptress. Her movement had rhythm, a natural grace. She was intoxicating to watch. When she spoke her voice was like sunbeams, or wind chimes dancing, the tenor and tone rich and seductive.

He could not get her off his mind. He was obsessed with her, and thought of her every spare moment. At night he imagined lying with her whispering intimacies to each other and making love until dawn. Every night he fell asleep dreaming of being entwined in union. In these visions he was the happiest man on the earth with the sexy saint, Orsola.

...
As he grew increasingly lovesick, an illness crept over him. A high fever developed; he became delirious. When his dinner was delivered to him, the woman who brought it saw Mœdello, who lay silently in his bed, was ill. Teas of various steeped herbs were prepared for him and brought to his bedside. Cloths dipped in cool water were laid over his heated brow.

Those caring for him in rotation through the day and evening were tired and Orsola was asked to watch over him for the rest of the night.

While he lay in a stupor dreaming of her, Orsola sat beside him in the dark room.

In the small room, the chair on which she sat jutted against the bed so her knees touched him as he dipped in and out of feverish delirium.

He called, 'Orsola...' in his fever not knowing he spoke her name out loud. And as in his dreams, she answered, 'I'm here, it's alright, I'll look after you through the night. Your fever will break soon, I know it will.'

He thought he was dreaming, truly. He reached out to where the voice, her voice, was and finding her knees, startled, he opened his eyes and tried to see in the dark.

She put her hand lightly on his on her knees, and said, 'Mœdello, rest, I'm watching over you...'

Mœdello lay still for what seemed forever and then he slowly began to move his hand between her legs, his heart beating with his boldness. He groaned slightly and she moved to lay a cool cloth on his brow and he kept slowly sliding his hand under her skirt, up her soft inner thighs.

Orsola did not stop him. Nor did she acknowledge that his fingers were slowly moving towards her most intimate grotto.