Thoughts on Hilary after the last US Presidential Debate

All along I have thought Hilary was the best over-qualified woman for the job of US President. She has tremendous experience spanning decades in Congress, the White House, as Secretary of State. And her focus is on, has always been on, children and families, the heart of any country, and the rights of all those who struggle under a white power regime, women, Black Americans, vets, those in the LGBTQI communities, immigrants, migrants, etc. Even her stance on trade comes from a global perspective that few would find easy to match. Her strength in the storm of invective and hate she has been subjected to during the elections has been impressive. I knew she was smart, but after the last debate with Trump, the woman is brilliant. What an incredible mind she has, sharp, witty, and an intelligence tempered with compassion that is impressive. In the debate, she took on the Donald with panache, even adapted his style of debate and shot back at him on his own turf. While I love our Prime Minister, Justin Trudeau, and feel confident he has the good of Canada at heart, I would be proud to have Hilary as leader of my country if the US destroys itself with the wealthy but crude, womanizing, power-hungry, war-mongering, self-aggrandizing Donald of limited political and global vision.
___

Our Poetry & Music Salon on Saturday afternoon on September 24, 2016, was beautiful! Everyone, to my ear and mind, was profound, enjoyable, entertaining, soulful, and simply generally wonderful. Many thanks to our features, Michael Mirolla, Linda Stitt, Karen Lee, and Kirk E. Felix and his musical gang, Kevin Jeffrey, Sean Peever and Darlene Sacks. And thanks to former features and their continuing support for this series and who I gave 5 min spots to, Jim McCuaig, Jennifer Hosein, Karen Shenfeld and Sharon Goodier (lovely to catch up on their current poems). And, of course, our terrific open mic readers, Daniela Oana and Jovan Vuksanovich - you were amazing and will both be featured in the future. With much gratitude to Iana Georgieva, the librarian at Palmerson Library who has facilitated this event, Eric the brilliant sound man and to the Toronto Public Library system for promoting writers and readers!

Here are photos, to see everyone's names, please go to the Poetry and Music Salon photo album on G+. 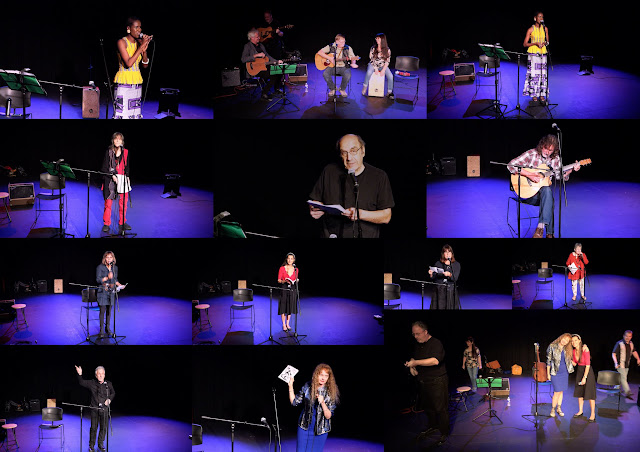 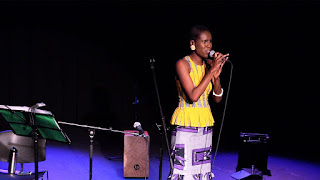 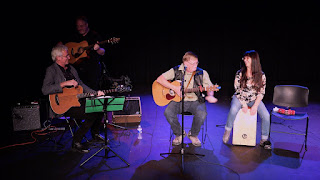 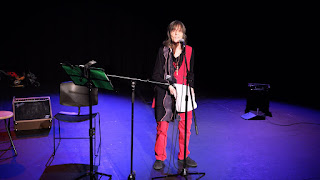 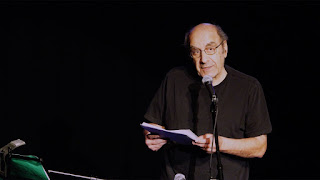 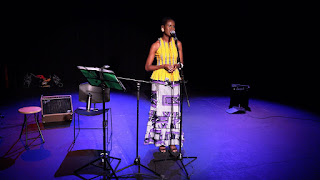 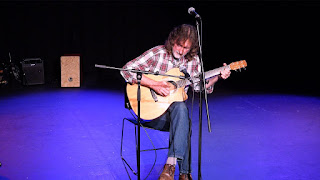 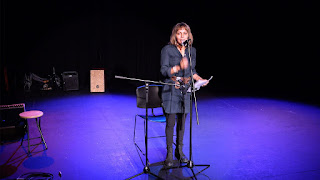 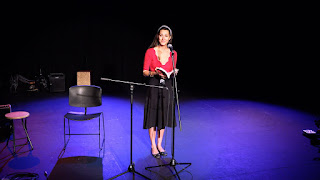 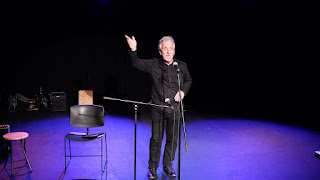 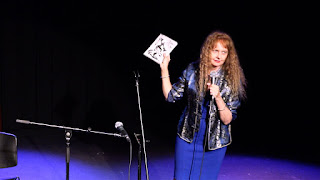 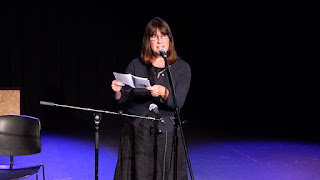 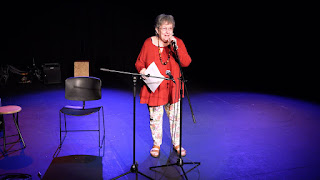 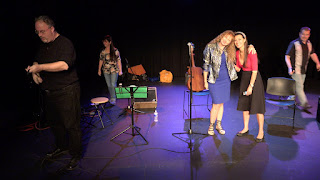 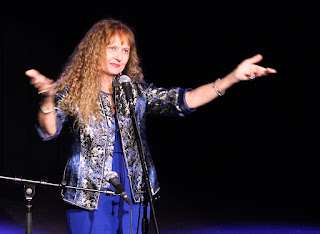 If you'd like to see it again, or missed it, here it is! The full June 2016 Salon - a GORGEOUS Salon! We live in a city of talent!

In order of appearance:

Bios of the Features:

LINDA STITT’S mother read poetry to her in the womb and she emerged crying in iambic pentameter.
For eighty-four years, we haven’t been able to shut her up.

The author of a clutch of novels, plays, and short story and poetry collections, MICHAEL MIROLLA describes his writing as a mix of magic realism, surrealism, speculative fiction and meta-fiction. Publications include the novel Berlin (a 2010 Bressani Prize winner); The Facility, which features among other things a string of cloned Mussolinis; and The Giulio Metaphysics III, a novel/linked short story collection wherein a character named “Giulio” battles for freedom from his own creator. Other publications include the short story collection The Formal Logic of Emotion; a punk novella, The Ballad of Martin B.; and two collections of poetry: Light and Time, and The House on 14th Avenue (2014 Bressani Prize). His short story collection, Lessons in Relationship Dyads, from Red Hen Press in California, came out in 2015, while the novel Torp: The Landlord, The Husband, The Wife and The Lover, set in 1970 Vancouver, was published in the Spring of 2016 with Linda Leith Publishing out of Montreal. The short story, “A Theory of Discontinuous Existence,” was selected for The Journey Prize Anthology, featuring the best short stories in Canadian journals for that year; and “The Sand Flea” was a U.S. Pushcart Prize nominee. Born in Italy and raised in Montreal, Michael now makes his home in the Greater Toronto Area. For more information, www.michaelmirolla.com.

KIRK FELIX is a Richmond Hill-based singer/songwriter who considers himself an “Old Folkie.” He believes that a “good song” is one that has a catchy tune and sends a message many can relate to. He has always loved Folk Music. He’s performed at coffee houses throughout the US, Europe and the Far East in the early 70's. He opened for John Denver in 1972. He performed at Winterfolk 2016 as part of “The Best of Dr. B’s Acoustic Medicine Show and in April as part of the “The Out of Towners” show at the Free Times Café on College St. This is a monthly event that is sponsored by the Best of Dr. B’s Acoustic Medicine show. Kirk appears regularly at many Open Mics in the GTA and York Region. He along with Tom Hamilton recently appeared on Rogers Daytime, in the York Region in May. He recently appeared was on the Diva and Don Early Morning Show on Whistle Radio CIWS 102.9 FM. Kirk recently appeared at the Words and Music Salon hosted by Linda Stitt at Vino Rosso`s on Bay Street and at the Plein Air Garden Concert Series in August Kirk released his only LP -“For My Friends” in 1972.

He re-released his original album as a CD in April 2016. This has been re-titled “For My Friends-Kirk Felix 1972 Revisited.” Kirk is currently in the studio, recording an album of all original works, to be released in the Spring of 2017.

Now *this is a review (the best! lol!): Tidal Fury has inspired a cocktail: The Sea Cube!! Tequila, seaweed, sea salt, chillies, limes and mangos, oh yum! You can read one of the poems, On the Beach (I performed it at RAW Artists presents VERVE!), *plus download a PDF of the first 14 pages - a good taste of Tidal Fury indeed! Sea Cube Cocktails anyone?!!
___