Our Poetry and Music Salon Sat Feb 27, 2016 at Charlotte Hale's gallery was beautiful! The gallery was packed. The poets and musicians superb. An amazing afternoon of the warmth and talent in the Toronto poetry and music communities in an exquisite gallery in Mirvish Village - what more could one ask? Feeling nothing but blessed. Thank you!

I would especially like to thank Charlotte Hale for her hospitality and sharing her gallery for an afternoon event. The features, Roger Greenwald, and Richie Weisdorf, truly a treat for the mind, ear, heart, spirit. Roger is a poet at his prime, and if you ever get a chance to see him read, go. Richie is an up and coming musician who sings jazz-inspired songs to a complexity of rhythms and chords. Keep him on your list. To my two Guest Features, Karen Shenfeld, wow, she is force of her own, terrific poetry, and Jim McCuaig, maestro on his guitar, many thanks. Open mic often brings energy to an event - all those who shared their poetry added immeasurably to a rich, fertile and beautiful afternoon. Thank you Stedmond Pardy, Anita Lerek, Stanley Fefferman, Sean McDermott, Catherine Raine, Susan Munro, John Oughton, Milel BC, and Saskia van Tetering! Much love to you all. xoxo

Here are the photos I took. For names, please go to the album on Google Photos. 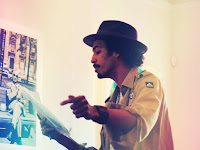 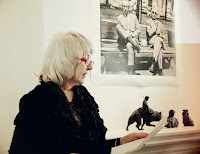 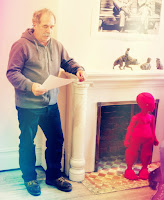 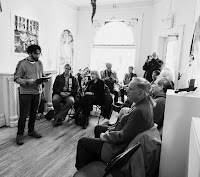 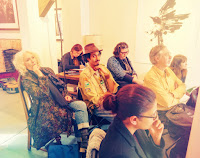 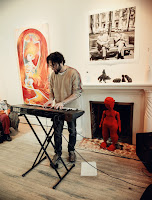 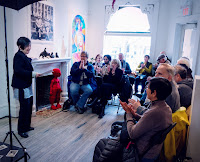 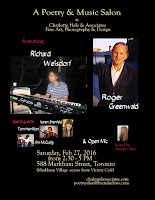 Here is a video of the entire Salon:

In order of appearance, with the time that their introduction begins:

Toronto born pianist and poet RICHARD WEISDORF has been performing his original material infrequently for over 10 years. His music has been described as dramatic and musical theatre; a description he can’t entirely reject. Sometimes the music examines and critiques commonly held social ideals; other times it is just straight out personal fantasy. His poetry arises under the spell of short lived binges of nighttime inspiration and caffeine. They are his attempt to think originally, sometimes treating serious topics with humor and play, which produces a strange little romp into the nonsensical realm of his own subjective truth.

KAREN SHEFFIELD has published three books with Guernica Editions: The Law of Return, which won the Canadian Jewish Book Award for Poetry in 2001, The Fertile Crescent (2005), and My Father's Hands Spoke in Yiddish (2010). Her poetry has also appeared in well-known journals and anthologies published in Canada, the United States, South Africa, and Bangladesh, and she has given readings in Canada, the U.S., Mexico, and England. She is currently completing the manuscript for her fourth book. Besides being a poet, Karen is also a journalist, editor, filmmaker, and traveller. Among her many journeys, she has hitch-hiked across the Congo and the Sahara desert. She is currently preparing for her new life as a Jewish Presbyterian Church Lady in Magnetawan, a village by a fast-flowing river in the near north of Ontario.

'Performance Poems' chapbook is out! 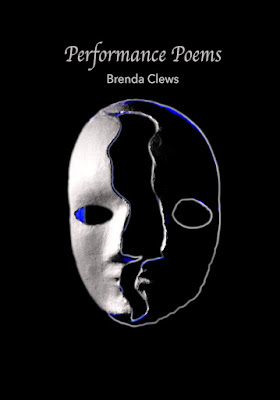 My new chapbook, Performance Poems, will be ready for my performance videopoem presentation at Mount Pleasant Library on Thurs evening. 'the Performance Poems' (Epopeia Press, 2016) is a limited edition of the poems that I do in performance and that I have made multi-media videos of, and will be available for sale at the event.

On the back cover:


In 2013, Brenda Clews began performing poems that a repertoire of imagery, drawings, paintings, masks, choreographies of creative movement, had accumulated around. She videoed these readings with a tripod and edited them with a newly-found creative freedom. The subjectivity of the poet performing the poem is central in a personal nexus of arts - poetry, painting, dance, video editing - each of which comprise a different access to the same topic yet all of which emerge from an inner drive to produce a composite approach to a theme. Her oeuvre draws on the multiple resonances of intersections of writing, painting and videopoetry. Poem fragments emerge in drawings. Or a painting evokes a poem that is later inscribed in it. She may recite a poem while dancing it wearing a mask that has emerged from a painting. The poem, mask, dance, painting, soundscape and art house video editing, however they appear in a single piece, arise out of the same creative process. Each multi-media project is a contract of elements, a unity of multiply intertwining energies. The videopoem, then, becomes the stage where the entire show can play.

(Promise to hold a launch for this chapbook in the near future - and show a bunch of the performance videopoems - it's 40 pages, 7" x 10", and quite lovely.) 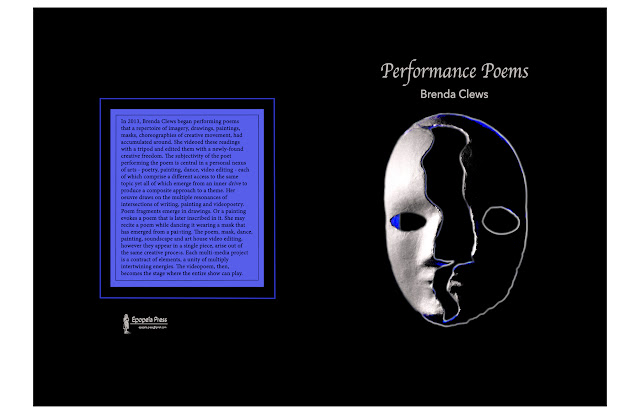 Sketch of Musicians at Vino Rosso 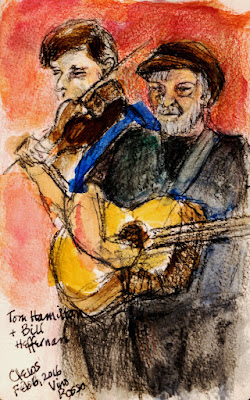 Had a really great afternoon on Sat at Linda Stitt's Words and Music Salon at Vino Ross where I shared the microphone with some great folks, Bill Heffernan, Tom Hamilton, Bob Cohen, Frankie Hart, Philomene Hoffman, Glen Hornblast, Norman Cristofoli and Linda Stitt herself who read a poem.

Inspired by the world-wide groups of Urban Sketchers. A quick charcoal and watercolour I did of Tom Hamilton and Bill Heffernan, who played before I went on, using those stage jitters we all get before performing.
___

I have been asked to offer a presentation of some of my performance videopoems at Mount Pleasant Public Library on Thursday Feb 25th from 6-8pm. There's seating for 70 folks - so if you're in Toronto, do come out. I'll be one of 6 featured poets and musicians. Looking forward to a great evening! 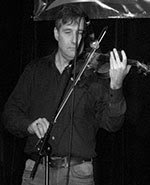 We had a beautiful late afternoon/early evening Poetry and Music Soirée at Markham House - wow, I was blissed out for days. Many thanks to our features, Sharon Goodier and Norman Allan and our guest musicians, Amoeba Starfish (Jeff Howard & Phil Ogison Aegidiussen)! And to everyone who stepped up to Open Mic and shared: Alexi, Optimus, Stedmond Pardy, Andraya Ciel Smith, Sean Mc Dermott and Jim Hamilton. We had a full house. I keep thinking, these salons can't get any more wonderful, and then they do. Thank you to all those who read/performed and to our fantastic audience. And to the generosity of Markham House. Love you all! xoBrenda

Please go to the album on Picasa for the names and dates of everyone who has appeared in this series. 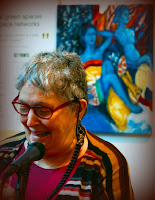 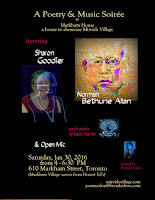 I had considered stopping showing the Salon videos. While I like an archive, it takes too long to edit them and there are not many view counts. I think of them more as a teaching tool, but then I discovered that most of the poets and musicians in them won't watch themselves. So why do it? Because I have the footage? Not a good reason, really. So I decided if I could download the clips and fully edit the video -I let the camera run uninterrupted through the entire Salon and splice out the in betweens and the break later; I add effects that have seemed to make the videos more palatable to those in them (we all have a horror of ourselves in video, we do); and I do a stop motion of the entire salon and paste titles over it and some kind of ending (this one has all the photos at the end) - if I could all that in 3 hours or less, I would upload and publish to YouTube. Well, yes, I came in under 3 hours.

So here is a video of the entire salon, and it is in 4K, which, lemme tell ya, was a feat of rendering and saving out to an useable file (18 hrs), uploading (12 hrs) and waiting for YouTube to process it to the highest resolution - the latter taking most of the week, in fact. :)

In order of appearance, and if you go to YouTube and click on the time next to the person's name, the video should start at their reading or performance.