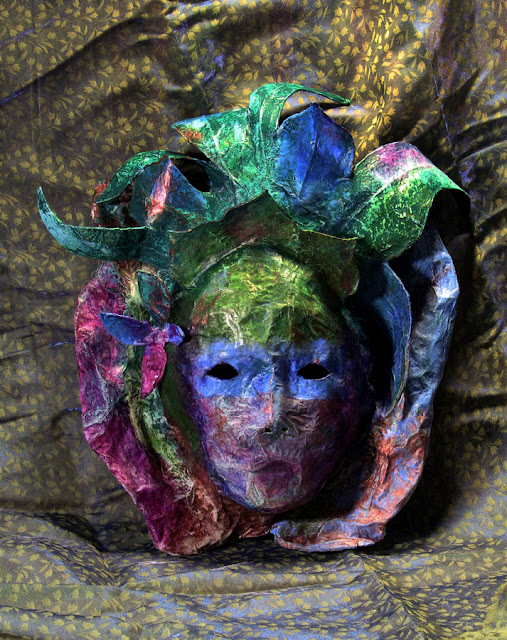 I'm still in that stage between painting and seeing what I've done. The foil impression of the face in the painted version is something I am getting used to, though of course I wasn't aiming for a life-like masque. Both images are fairly close to the actual coloration and feel of the masque, though the upper one, originally taken under daylight bulbs, which brightened the colour too much, has been brought to its colours through post-photographic filters, while the lower one wasn't. By the time I realized photographing in natural light gave the truest colours, it was too dark. 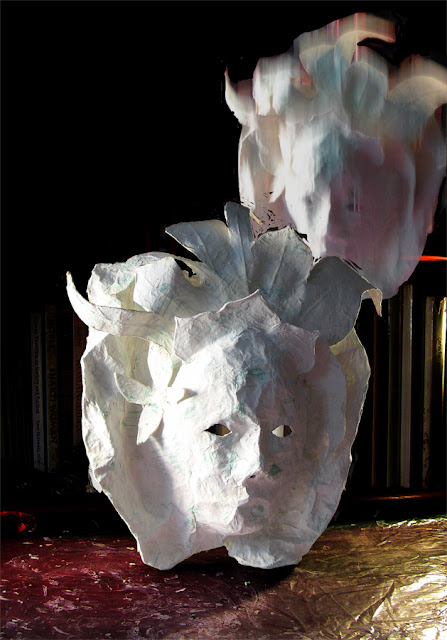 A crisis yesterday - it dried and was too small for my face. From the neck up I split one cheek, taped the mask wider, re-papier-mâchéd it. Naturally, I have spent hours composing this photographic image rather than painting!

Last night I bought a single, large silicon Calla Lily to carry as a wand. When I went searching in Google images for ideas for painting a "Green Goddess" there were many photos of Calla Lilies! 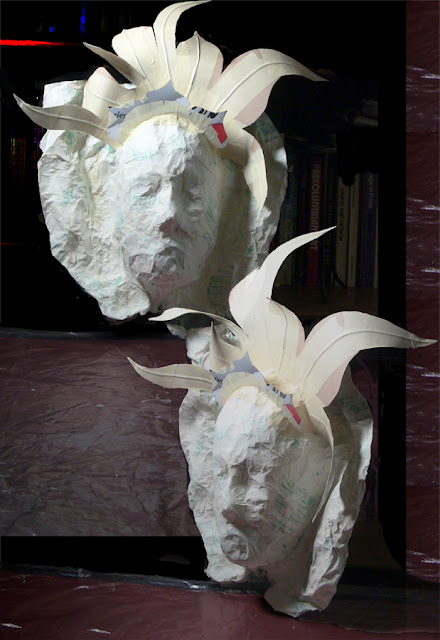 This evening, after I took the masque out of a warm oven of 200°F, I cut cardboard into the shapes I wanted, added picture wire and taped that as well as the headdress, which is in two parts, to the masque. The fronds on the masque in this photograph of multiples and cut-outs now have a layer of papier-mâché, which is weighing them down, and so the shape is not exactly as pictured here.

I think I am spending as long composing these images for you in Photoshop Elements as I am creating the masque!