"I really enjoy all forms of videopoetry, and collaborations have certainly led to some of the most groundbreaking and vital work out there, but I also have tremendous admiration for those people who work primarily as singular “videopoets.” To have the skill and talent to write a compelling poem and the ability to place that poem into an equally compelling visual and sonic context is an impressive artistic accomplishment.

But as I sat down to compile a list of ten single-author/author-made pieces that have influenced me, I quickly realized that there’s a tremendous amount of excellent work of this type out there. So I decided to narrow my list even further to focus on those poets who have demonstrated that they have the skills I mention above, and the ability to read their own poetry convincingly, and the ability to deliver the whole package in four minutes or less."


An amazing list of videopoems, Matt. Each one is remarkable in its own often understated way. I appreciate the quietness of this collection overall, that there isn’t a lot of bright poppy snazzy editing and so on. The intent of the force or drive that produced the poem and the video is stronger when they are produced by one artist and perhaps more completely enmeshed as a unity of word and image. When the poet makes the video there is an inner cohesion to the experience of the words, the voice, the visuals and the music. Thank you. I’ve been sharing this page. – and I was truly taken back to find a videopoem of mine among them – so often one feels like one is working in a vacuum.

After I posted the comment, I thought what I mean is that not only do we enter into the personal world of the poet/videopoet, there is a rhythm between the poem, its reading, and the video, it's style, images, cuts, overall feel that, when it works, works in ways that collaborative pieces usually never do for me. But, then, I operate from my own private aesthetic on this issue and really have not elaborated on what that is, and, due to the complexity of trying to explain my position, might never. 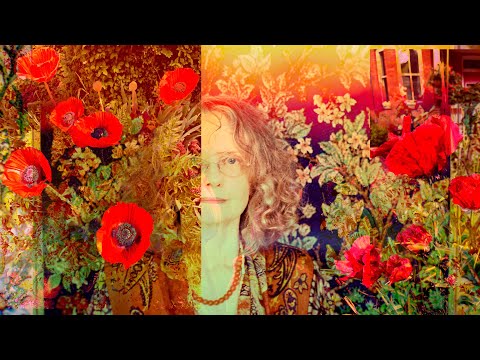