This began with an image of memory scrawled in a notebook in April 2019 that I knew I would work with, either in a poem, or perhaps video. That note, 'memories carved on other memories like archeological layers that disintegrate, losing their definition under the press of time,' evolved into this filmsoundpoem of at least 50 layers all wrapped into each other as they dissolve.

In May 2020, I took some clips on a hike that struck me as interesting and began to edit them. Then I expanded the original journal fragment into a page of repeating phrases that were then written onto a new page, edited and spoken as a sound poem of repeating tracks (as part of a series of short soundpoems I'm working on). That final scratched-out page is placed on screen - we love to see other writer's processes.*

The sheer number of compound images rolled into compound images in this video pushed my hardworking computer to its limit and eventually I simply had to stop, create some handwritten titles and credits, and let this little oceanic memory poem skip out on the waves.

I would like to thank my dear companions, Kate Rogers, Dai Evans and John Oughton for a hike on May 16, 2020 in Presqu'ile Provincial Park near Prince Edward County in Ontario where the lapping beach clips were shot.

As ever, this is a one-woman production - soundpoem, video, voices, editing, everything except of course my friend John, who skipped a stone on Lake Ontario, was done by moi, for better or worse.

https://brendaclews.com
__
*Archeology of Water, it seems in retrospect, though different in style, follows from a videopoem I worked on between 2014-2018 called Ink Ocean, a poem which emerged from a drawing into which I had written the beginnings of the poem. Here is an older official version based on a 2014 performance, with the drawing in it, Ink Ocean, and here is a newer more free-form performance that I quite like, Ink Ocean.
___

direct link:  https://youtu.be/Foyvq1uDCM8 This is a video of a reading at Minstrels & Bards* Spring 2022 for an upcoming show. For Call... 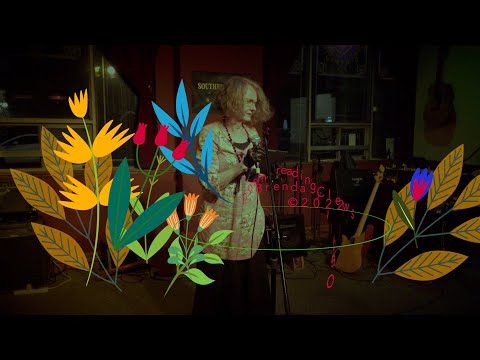